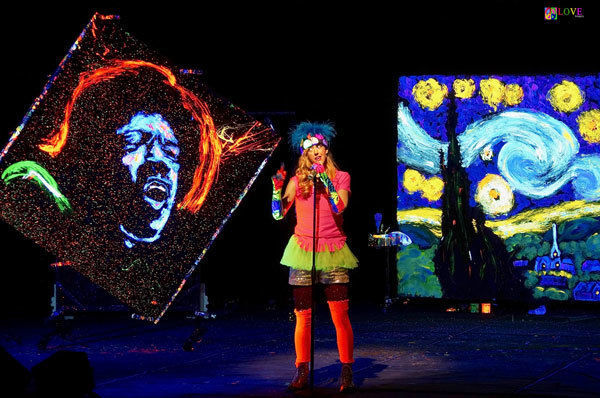 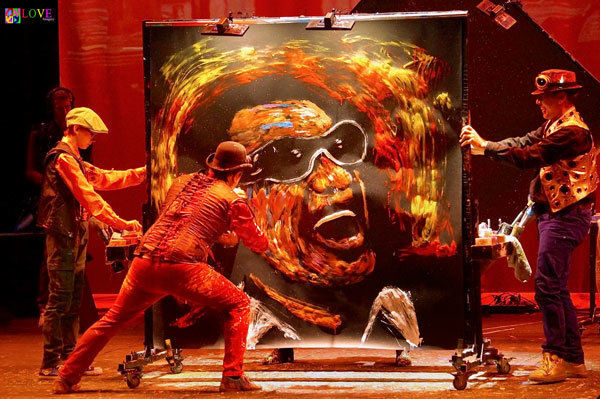 Patrons of all ages will be "amazed" at the innovative and extremely engaging ARTrageous performance coming to the Etherredge Center at 7:30 p.m. Jan. 14 as part of this year's Cultural Series, according to a news release from the center.

For tickets, call 803-641-3305 or visit www.usca.edu/etherredge-center. Tickets for children are only $10 for this performance.

This troupe of artists uses its talents, energy and creativity to entertain and bring communities together, according to the release. The performers say that each show offers inspiring and uplifting audience interaction.

"We are thrilled to have such a uniquely energetic group of performers as part of this year's Cultural Series," Etherredge Center Executive Director Paul B. Crook said. "This internationally known troupe brings a level of passion and artistry that will wow our audiences. This incredible team of accomplished, multitalented artists paint at electric speed, creating giant works of art, right before the audience's eyes – all while accompanied by live musical performances, powerful vocals and high-energy creative choreography."

After the show, one member of the audience will take home a painting the group creates live on stage. Some of their works are featured in public and private collections across the globe and have been valued up to $15,000.

Also, several of the original works created during the performance will be part of a post-show silent auction. All proceeds from the auction will benefit the university.

While some patrons will take home an ARTrageous original, every attendee can get in on the action.

Attendees are encouraged to bring their T-shirts, sneakers and ball caps and step into the ARTrageous Splatter Station at the end of the show to get their gear custom splattered by an ARTrageous artist. That way, each patron is able to take home his or her own one-of-a-kind wearable artwork.

In addition to the audience, the performers always engage local artists in their shows.

"ARTrageous invites local talents within the community to help them make each show a success," according to promotional materials. "From event promotion to event lighting, interning students and more, ARTrageous partners with behind-the-scenes local professionals – adding local community both in front of the stage and as support behind the stage."

While in Aiken, the group will engage students in the community as part of its customized ARTreach Student Program. The visiting artists encourage students to express themselves in the arts and to see a successful, professional working troupe making a living in the arts field.

"For their stop in Aiken, ARTrageous will be performing their ARTreach program for students from multiple local schools prior to the evening show," Crook said.

The hope is that "audiences and students leave an ARTrageous inspired to bring the arts into their lives," performers say.

The artists, based in Albuquerque, New Mexico, routinely perform this interactive show all over the world. Notable performances include a private performance for Sir Richard Branson on Necker Island, British Virgin Island, in 2008; a performance at the World Cup Soccer Finals in Paris in 1998; and headlining at the 44th annual Festival International Cervantino in 2016. The group also performed during an NBA AllStar game at Center Court in Charlotte, North Carolina, in 2019; at the Milwaukee Bucks logo reveal on live TV in 2013; and at an Academy Awards after party in Hollywood, California.

In addition, ARTrageous has performed for numerous special events, including opening for the Pointer Sisters; Kenny Rogers for 10,000 VFW and friends; and Jay Leno. They created a custom painting with Gen. Colin Powell and participated in a fundraising event and a custom portrait with Harrison Ford. ARTrageous has performed in 49 states and in several international locales, including Mexico, Bahamas, Bermuda, Austria, France, Canada, Tanzania, Panama, Japan and Abu Dhabi.

From behind the scenes to center stage: ARTrageous performer discusses her journey

When Lauri Francis first joined the ARTrageous troop, she was a behind-the-scenes spotlight operator. Now, she is a singer, artist and dancer …