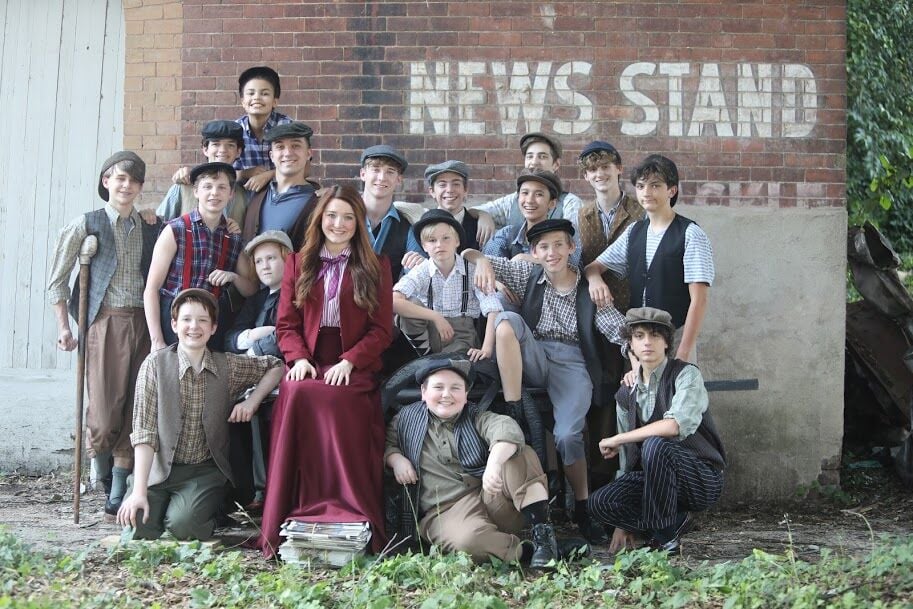 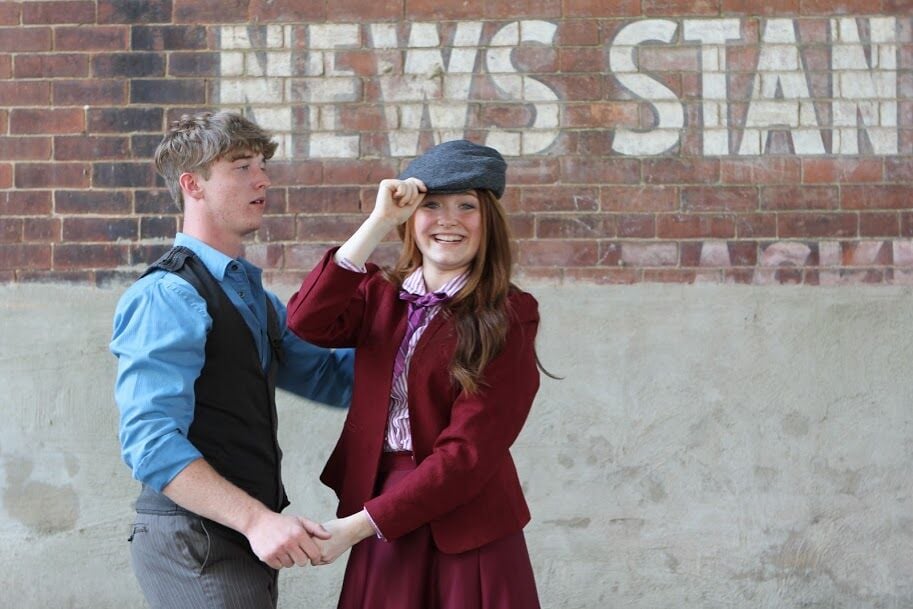 Heidi Coughenour, right, of North Augusta, plays the role of Katherine Plumber in "Newsies." Katherine is the spunky daughter of news editor and owner of The World newspaper. (Submitted photo) 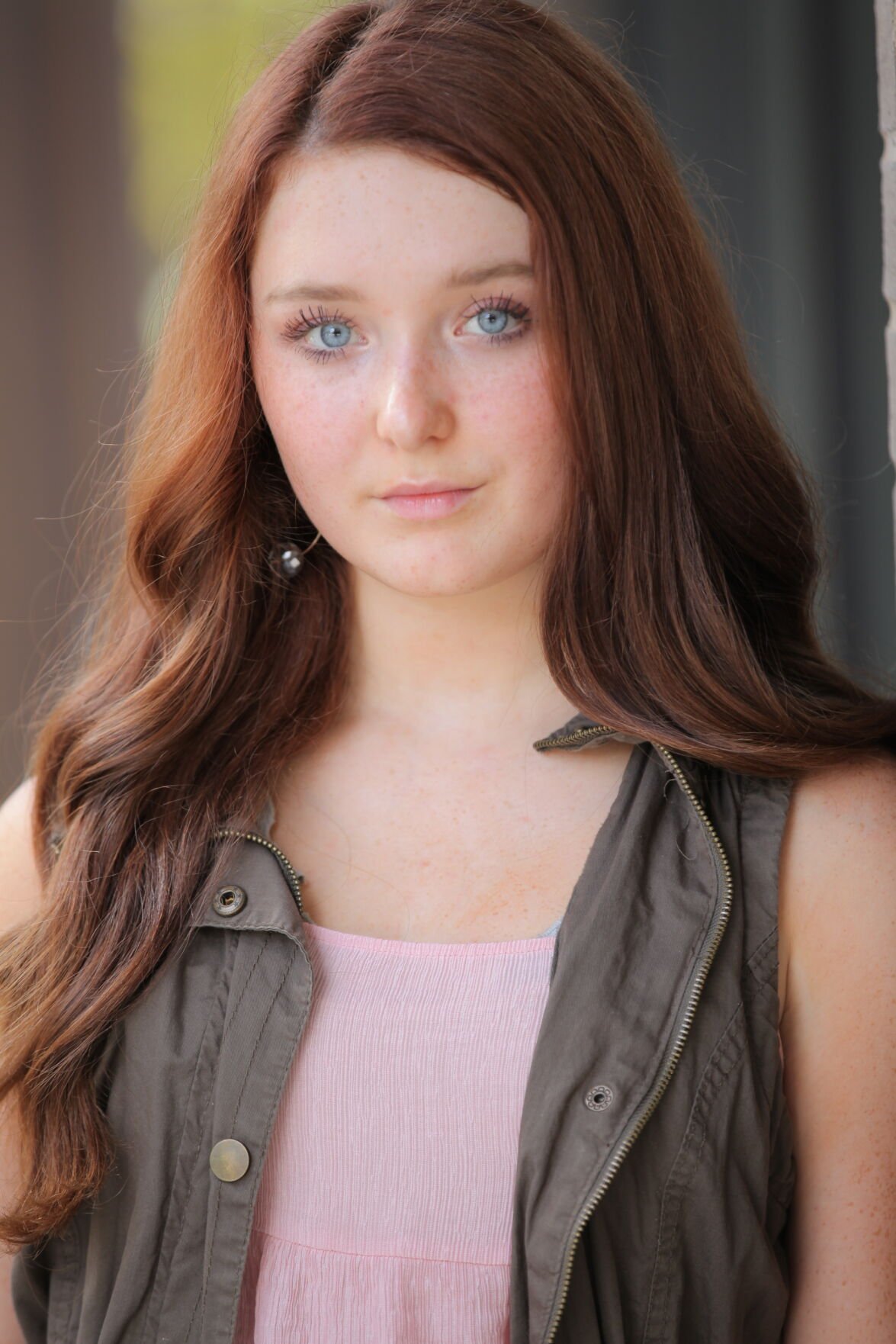 Heidi Coughenour, right, of North Augusta, plays the role of Katherine Plumber in "Newsies." Katherine is the spunky daughter of news editor and owner of The World newspaper. (Submitted photo)

"Just look around at the world we're inheriting and think of the one we'll create...” is a line from one of the songs in Disney’s stage musical, "Newsies," which is being presented by the Augusta Jr. Players.

Loosely based on the real-life Newsboy Strike of 1899, this Disney musical tells the story of Jack Kelly, a rebellious newsboy who dreams of a life as an artist away from the big city. After publishing giant Joseph Pulitzer raises newspaper prices at the newsboys' expense, Kelly and his fellow newsies take action.

The Augusta Jr. Players, an award-winning community theater, is dedicated to the development of young actors ages 6-19 across the CSRA. The troupe is performing their first in-person show since March 2020.

Their last in-person production, "Alexander and the Terrible Horrible No Good Very Bad Day," wrapped the night before COVID-19 shuttered performance groups worldwide. Since then, the Augusta Jr. Players and Augusta Players have produced several shows online and via livestream to continue bringing theater to the area.

“It has been a fun challenge, and a great experience for everyone involved,” said Roy Lewis, artistic director. “The Augusta Players did not stop producing theater, but found ways to reinvent, revitalize, and continue the commitment to our theatre family and the community. We owe that to them,” he said.

The Augusta Players Inc. organization has been a mainstay in the Augusta arts community for 76 years.

Jayden is a freshman at North Augusta High School who was most recently featured as Sebastian in Musical Theatre Workshop’s "The Little Mermaid." He’s plays several "Newsies" roles, including Governor Teddy Roosevelt.

Audrey Robertson is no stranger to area stages. She has performed with Aiken Community Theatre and Westminster Schools of Augusta. Most recently she was Elsa in the Augusta Jr. Players production of "Frozen." She also has multiple roles in the upcoming production. Although the whole show speaks to Audrey, her favorite moment is, “And we got no choice but to see it through. And we found our voice...”

“I believe it brings the reality that as youth it is important to prove to ourselves, that “we” have the power to change things. This show is about bringing light and hope to everyone," she said.

Heidi Coughenour, a rising senior at North Augusta High School, is considered a triple threat on both local and national stages. She is an accomplished singer, actor and dancer. As a child and now young adult, her career spans The Augusta Players, Augusta West Dance Studio, and other local arts organizations. She earned the title role of Annie on the International tour of "Annie" in 2016. The traveled with the tour for 10 months.

Locally, she’s honed her skills in Augusta Players productions including "Les Misérables," "Fiddler on the Roof," "A Christmas Carol," "The Wizard of Oz," "Shrek," "All Shook Up," and many more.

For tickets, visit the Augusta Players website at www.augustaplayers.org or call 706-826-4707.