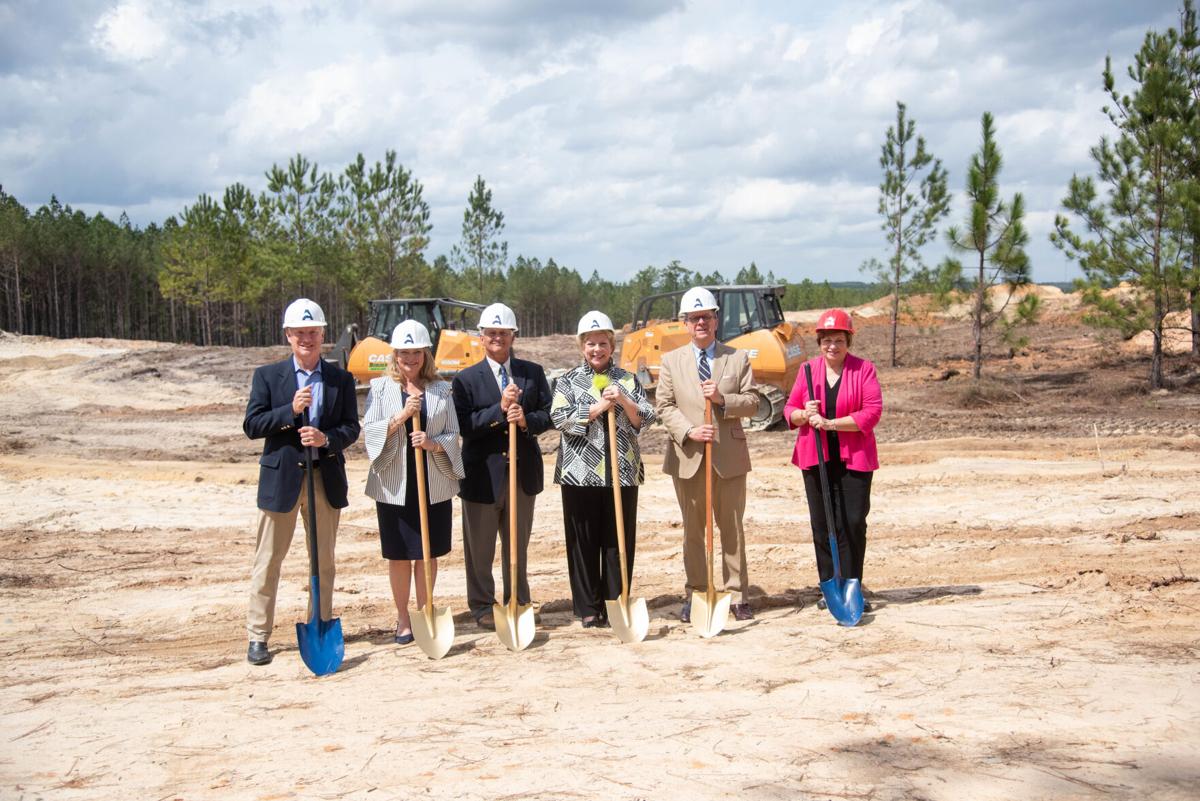 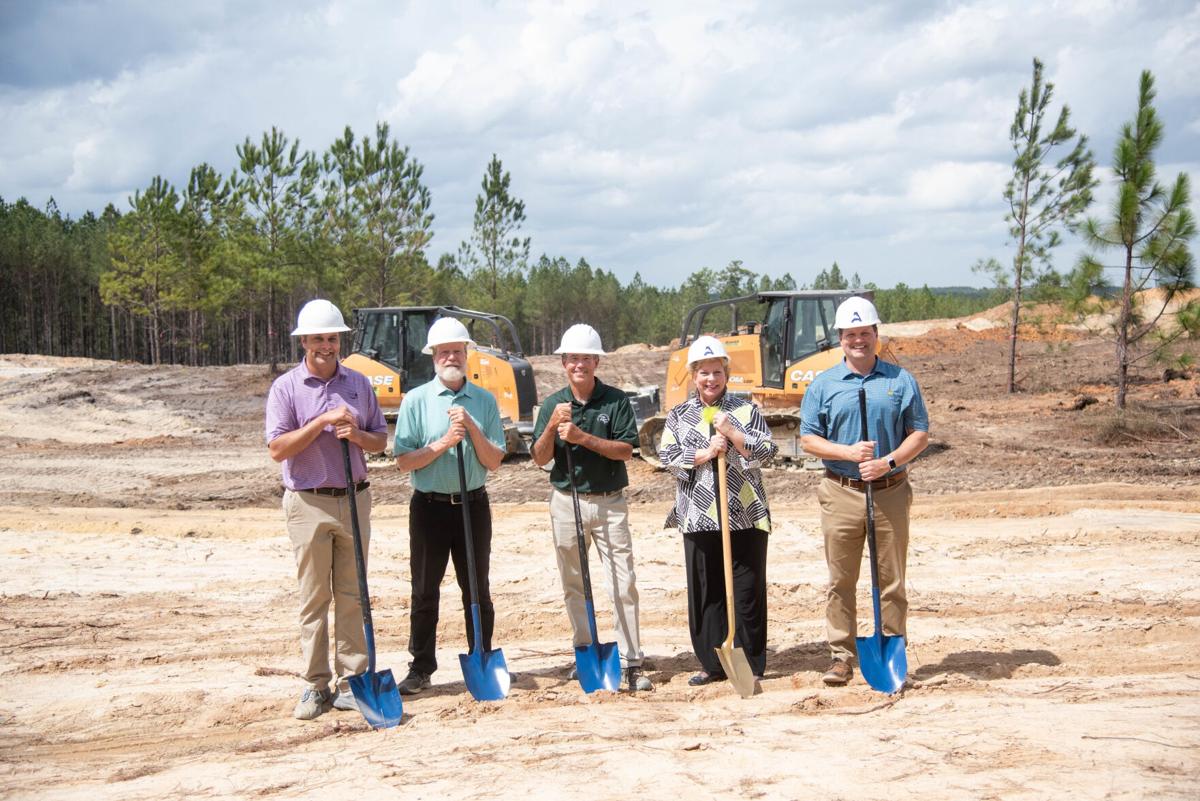 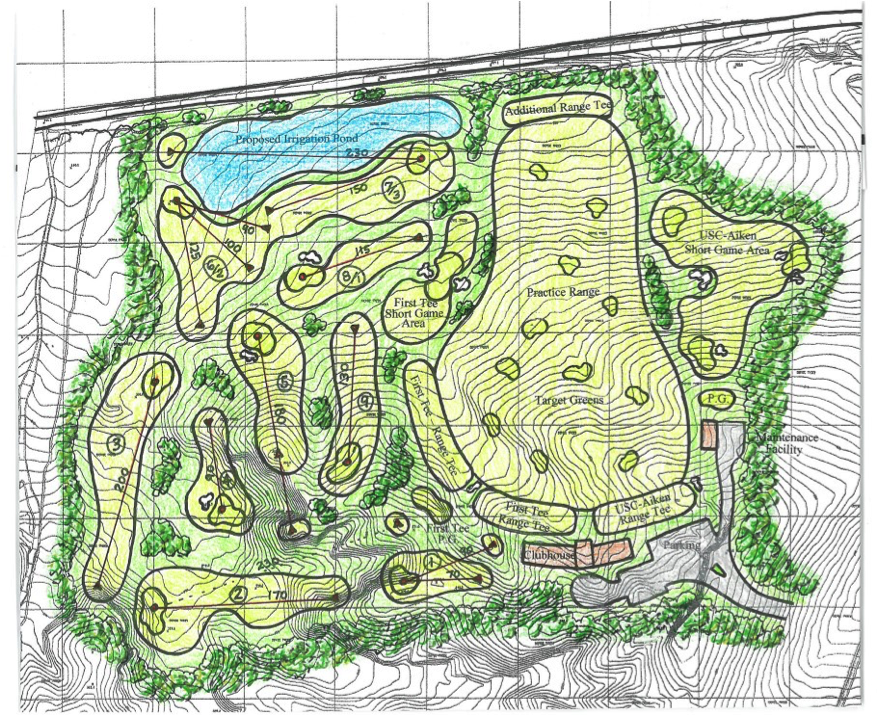 Pictured is an architectural rendering of the 9-hole practice facility. (Submitted photo/USC Aiken)

Pictured is an architectural rendering of the 9-hole practice facility. (Submitted photo/USC Aiken)

USC Aiken and First Tee of Aiken officials broke ground on a new golf practice facility on Wednesday, kicking off construction on the 60-acre space.

The two organizations partnered under the "More Than a Game" fundraising campaign, raising about $1.3 million in cash, pledges and in-kind gifts so far to begin phase 1 of the new facility, according to a Monday press release from USCA.

The $3.17 million project will feature nine holes, a driving range, putting greens and a temporary classroom facility, according to the press release. Located on the USCA campus, it will provide a permanent home for First Tee of Aiken and serve as a practice space for USCA's golf program.

First Tee of Aiken offers programs for kids, including efforts to introduce more girls to the sport. Heidi Hoffman, the executive director of the chapter, said in March that the organization's mission has always been to provide golf opportunities to those who have been historically excluded.

USCA currently has a NCAA Division II men's golf team but no such team for women.

According to a USCA press release, the new facility may open the door for a women's team.

First Tee of Aiken aims to get girls involved in golf

"The university's need for a dedicated golf practice space is an especially needed resource for the team and will serve as a powerful recruiting tool. The facility is also essential before the university can consider expanding its golf program to include a women's NCAA Division II Golf Team," reads a USCA press release.

In December 2020, "More Than a Game" co-chair Tony Allman said the campaign group spent about five years on discovery and fundraising for the facility.

“We are ecstatic that we have reached this point where we’re going to realize the dream of this green grass facility and have the opportunity to positively impact more young people in Aiken County and provide the university with a top-class practice facility for their men’s golf team and, hopefully, future women’s golf team,” Allman said in December.

Blakeley Bartee covers the education beat at the Aiken Standard. She graduated from Georgia Southern University in 2020. You can follow her on Twitter: @blakeleybartee.