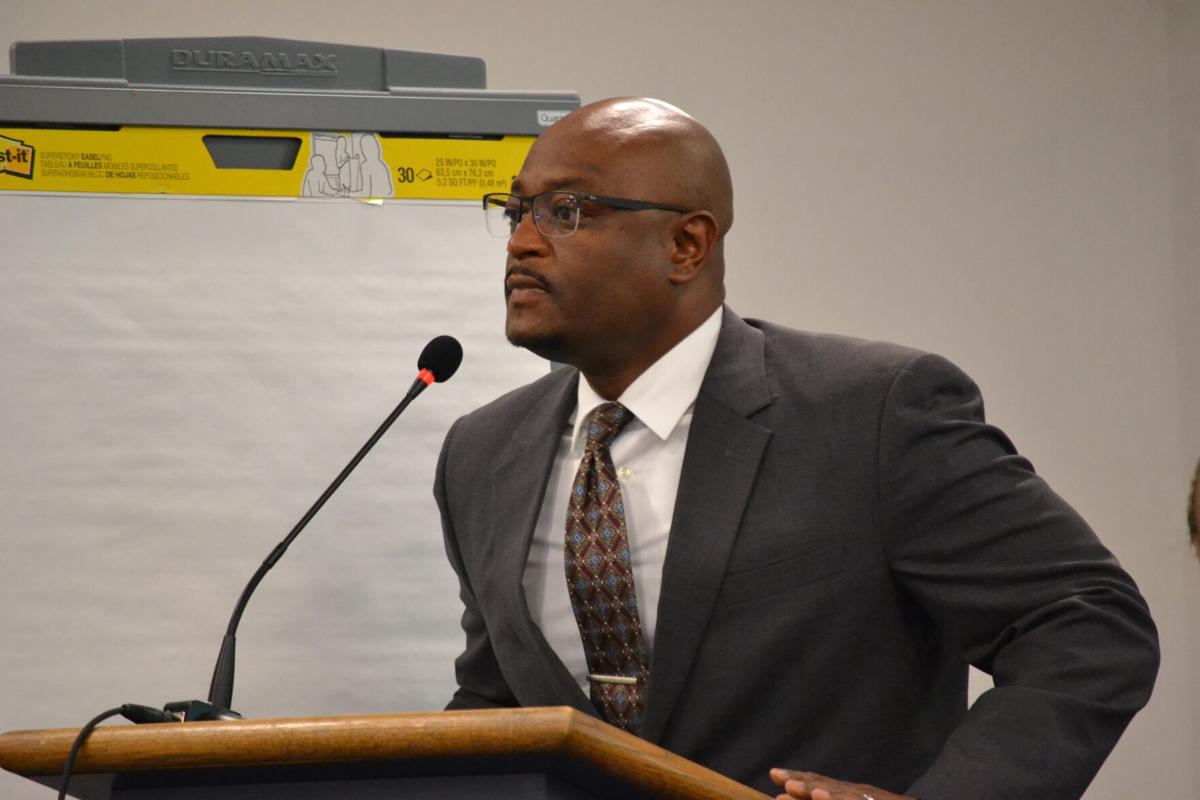 Dr. Corey Murphy, the chief officer of operations and student services, spoke to Aiken County Board of Education members about the rezoning for Highland Springs Middle School during the meeting Tuesday night. (Stephanie Hill/staff) 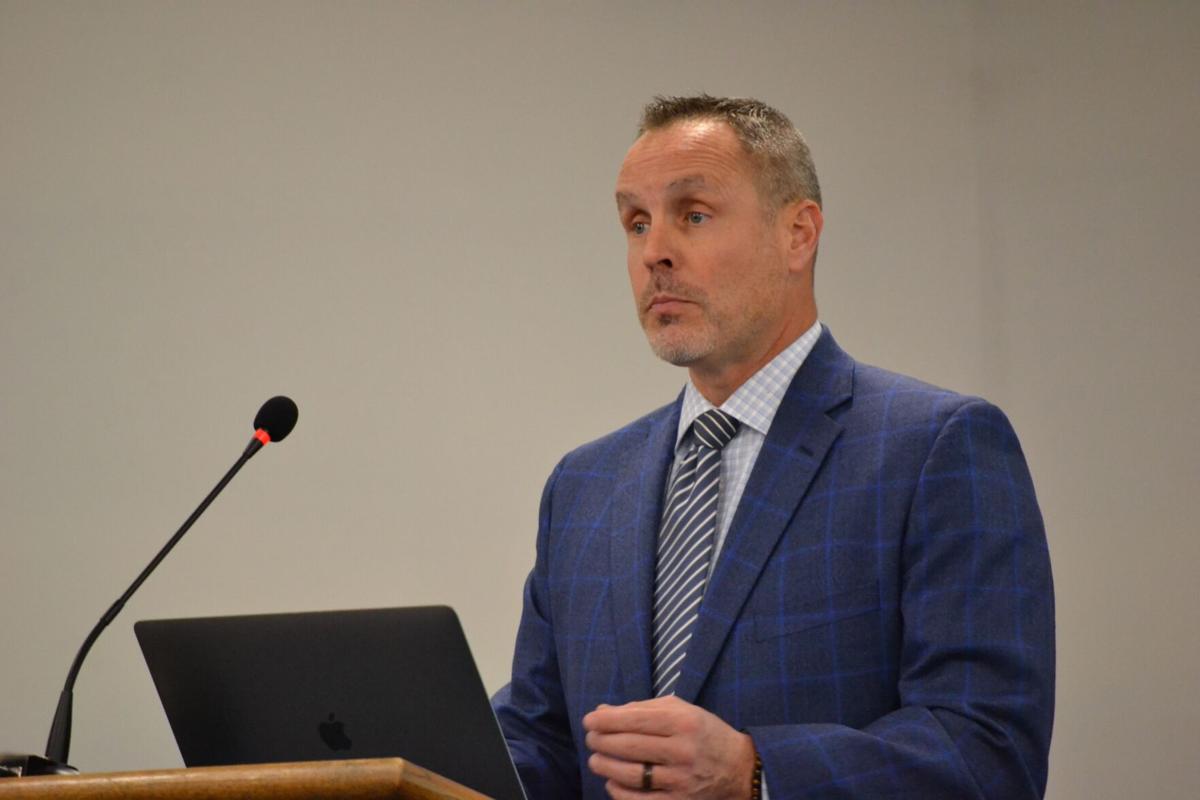 Dr. Corey Murphy, the chief officer of operations and student services, spoke to Aiken County Board of Education members about the rezoning for Highland Springs Middle School during the meeting Tuesday night. (Stephanie Hill/staff)

As Highland Springs Middle School gets closer to opening, the school district is preparing to look at rezoning .

Aiken County Board of Education members were presented with five scenarios for the attendance boundaries for the new school.

Dr. Mike Raisor, senior vice president for MGT Consulting Educations Group, explained the factors used for the five scenarios. They include travel time, closeness to schools, student demographics and balance of enrollment. Attendance Areas 2 and 3, which include North Augusta, Graniteville and Midland Valley, would be affected.

An Aiken County public schools teacher has been placed on administrative leave following her arrest Jan. 11.

The first scenario pulls students from the four middle schools in Areas 2 and 3, which are Paul Knox, North Augusta, Leavelle McCampbell and Langley-Bath-Clearwater. No student would be moved from their current school to an existing school. This means that if a student is moved they will be moved to Highland Springs.

The second scenario pulls students from Paul Knox and North Augusta middle schools only. If a student is moved, they would only be moved to Highland Springs, not an existing school.

The third scenario also pulls from the four middle schools in Areas 2 and 3 to ensure the boundaries for the four attendance areas are contiguous.

Scenarios 4 and 5 are similar. They would pull students from the four middle schools in a way that  “distributes students evenly without regard to students moving from their current middle school to an existing middle school,” according to the presentation.

Raisor showed board members estimates of what the student population at the five schools would be in each scenario. Highland Springs is being built for a capacity of 750, which Aiken County Public School District Superintendent King Laurence said is typical for middle schools.

Board members will discuss the rezoning at their upcoming meeting on Jan. 24. Laurence said he would like it if the board members could narrow down the five scenarios to three at that meeting, as well as prepare any questions they or their constituents may have.

A special election to fill a vacant seat on the Aiken County Board of Education will be held April 11.

After the Jan. 24 meeting, the school district plans to hold two community input meetings, one at Midland Valley High School and one at North Augusta High School. Dates for the meetings were not set Tuesday, but board members said they would like them to start no earlier than 6:30 p.m.

According to the timeline for the rezoning, the school board will discuss the topic again at the meetings on Feb. 14 and 28. A final decision will be made at a called meeting on March 7.

Board member Patrice Rhinehart-Jackson asked if there could be another way for parents unable to attend the input meetings to voice their feelings. Laurence said they can set something up.

Barry Moulton, a school board member, asked if the information on the rezoning will be made available to the parents. Dr. Corey Murphy, the chief officer of operations and students services, said that it would be available.

A website for parents and students to enter their address and see how each of the scenarios would affect their school location is planned. The website is not yet live.