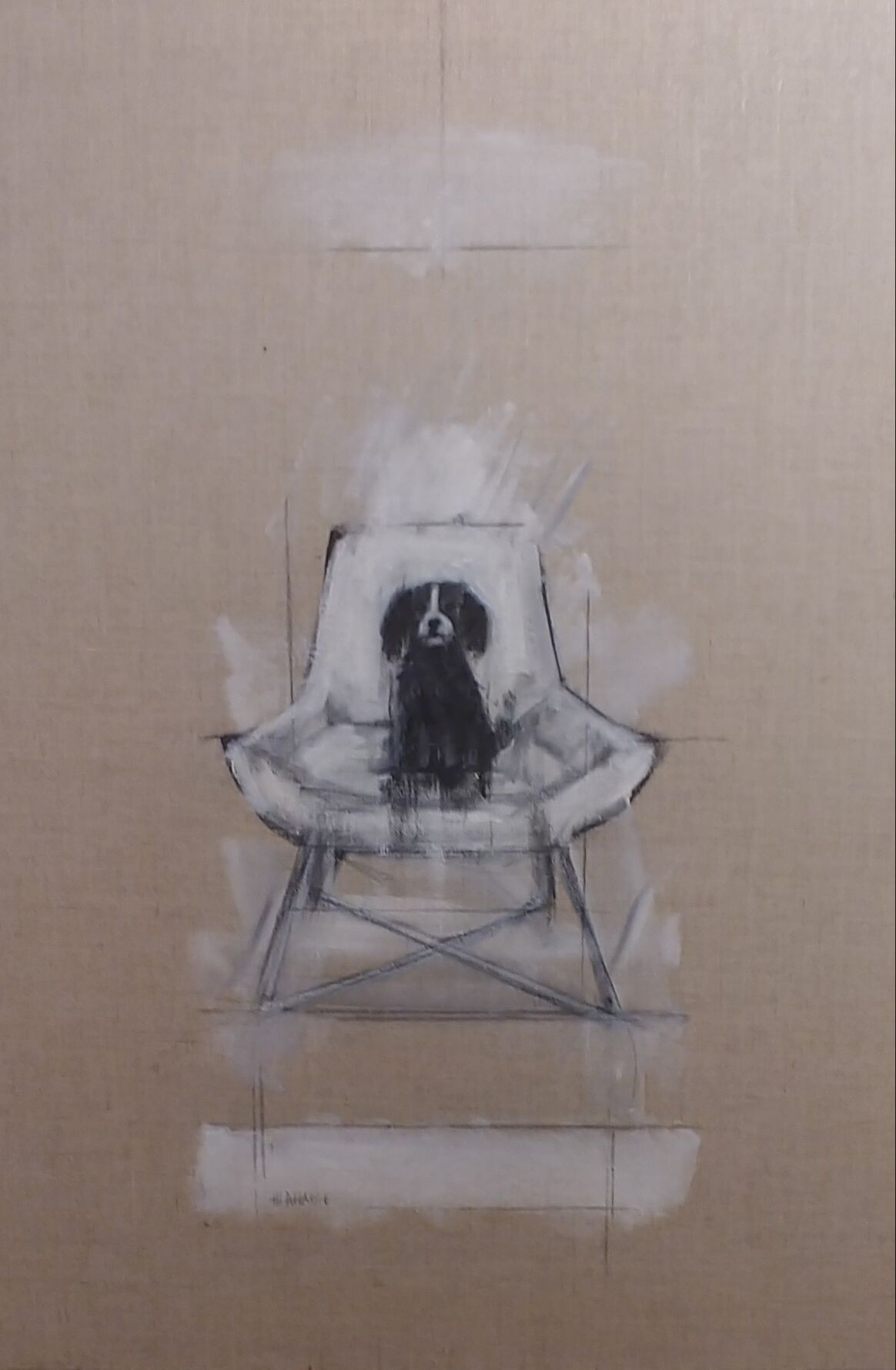 Paintings featuring dogs, like this one by Heather LaHaise, is the subject of an exhibit at the Aiken Center for the Arts.

Paintings featuring dogs, like this one by Heather LaHaise, is the subject of an exhibit at the Aiken Center for the Arts.

Although they have been featured in art since ancient times, dogs were for most of that time generally depicted as ancillary to humans, either as helpmates in the act of hunting or as complements to the household circle. Not until the 19th century did dogs take center stage in painting and sculpture. Suddenly dog portraits became popular because patrons desired likenesses of a particular canine companion or an exemplar of a specific breed.

That interest has not diminished over time as witnessed by the current special exhibition at the Aiken Center for the Arts. On view until Dec. 3 are 37, dog-focused paintings – acrylic or mixed media on canvas or panel – by Columbia-based artist Heather LaHaise. These works capture some of the essence of their animal subjects while simultaneously experimenting with a range of artistic styles, both representational and abstract.

Perhaps influenced by the artist’s years of study and residency in New York, there are a host of images of dogs in both urban exteriors and chic, midcentury-modern interiors.

In the former category, there are dogs staring out of second-story windows or dogs poised on the front steps of townhouses, fulfilling their roles as faithful sentinels. Indeed, such images conjure up the kinds of questions that one asks in connection with the best narrative paintings. What is the intention of the watchful canine? Is he curious about the passing street parade or is he vigilant for the return of his human caretaker?

In these city landscapes, dogs provide the punctuation mark. So it is also with interior scenes featuring minimalist décor. Therein a dog can invariably be found on the sofa. Despite numerous reprimands to stay off the furniture, a dog will always find a way to while away the hours in a comfy spot. In paintings like “Illuminated” and “Ray of Light,” such dogs also consistently gravitate toward the sunniest and brightest spaces.

In the more abstract pieces in the current show, LaHaise has chosen not to feature the animal’s full figure but some compelling component. There are many images of the head in profile or in full frontal mode as if perceived from a car window; other times, the artist deconstructs the dog’s face as in “Words Are Not Enough,” wherein the fragmented image reads like the torn pieces of a photo taped together as if the artist were reassembling a memory.

Dogs, dogs, dogs – in a wide variety of attitudes, some dignified and other whimsical, and stances, some poised and others playful – are in store for those who visit the Aiken Center for the Arts to bear witness to the work of an artist working in what has become a recognized genre of note.