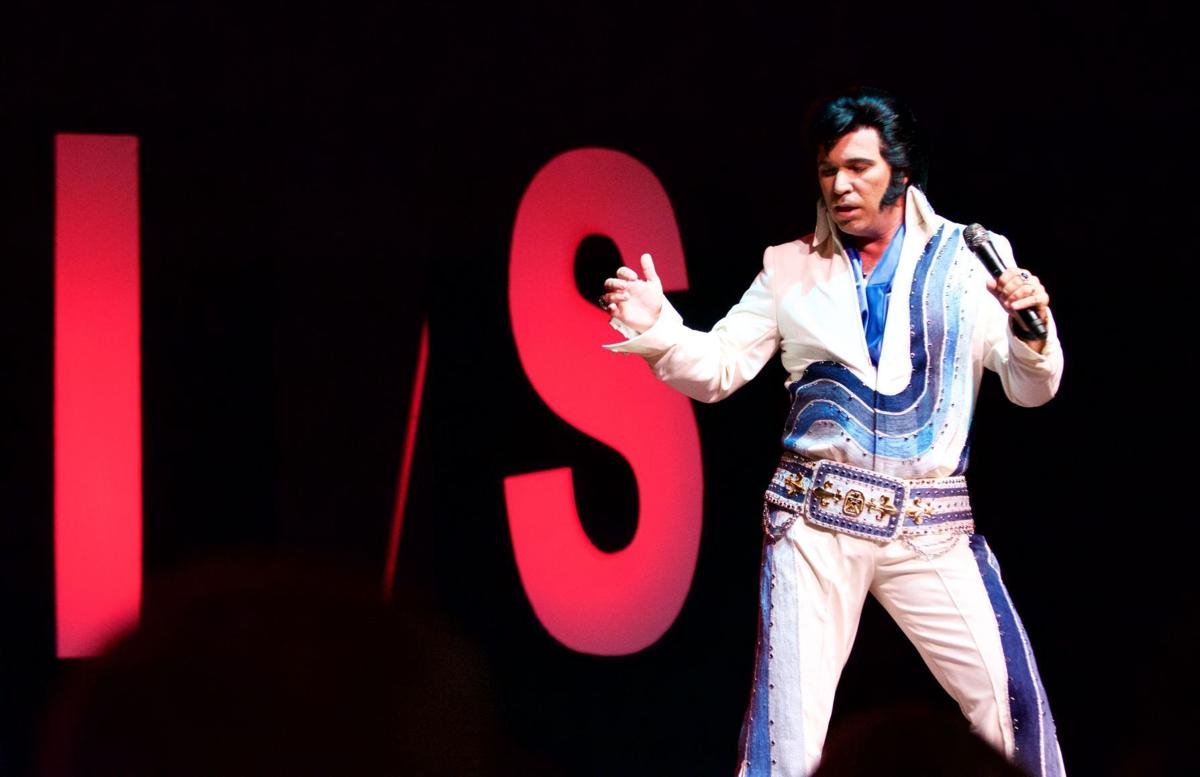 Graniteville resident Jason Sikes is in action as Elvis Presley in this scene from 2018. He is to return to the stage August 7 for his first public show since that year. (Aiken Standard file photo) 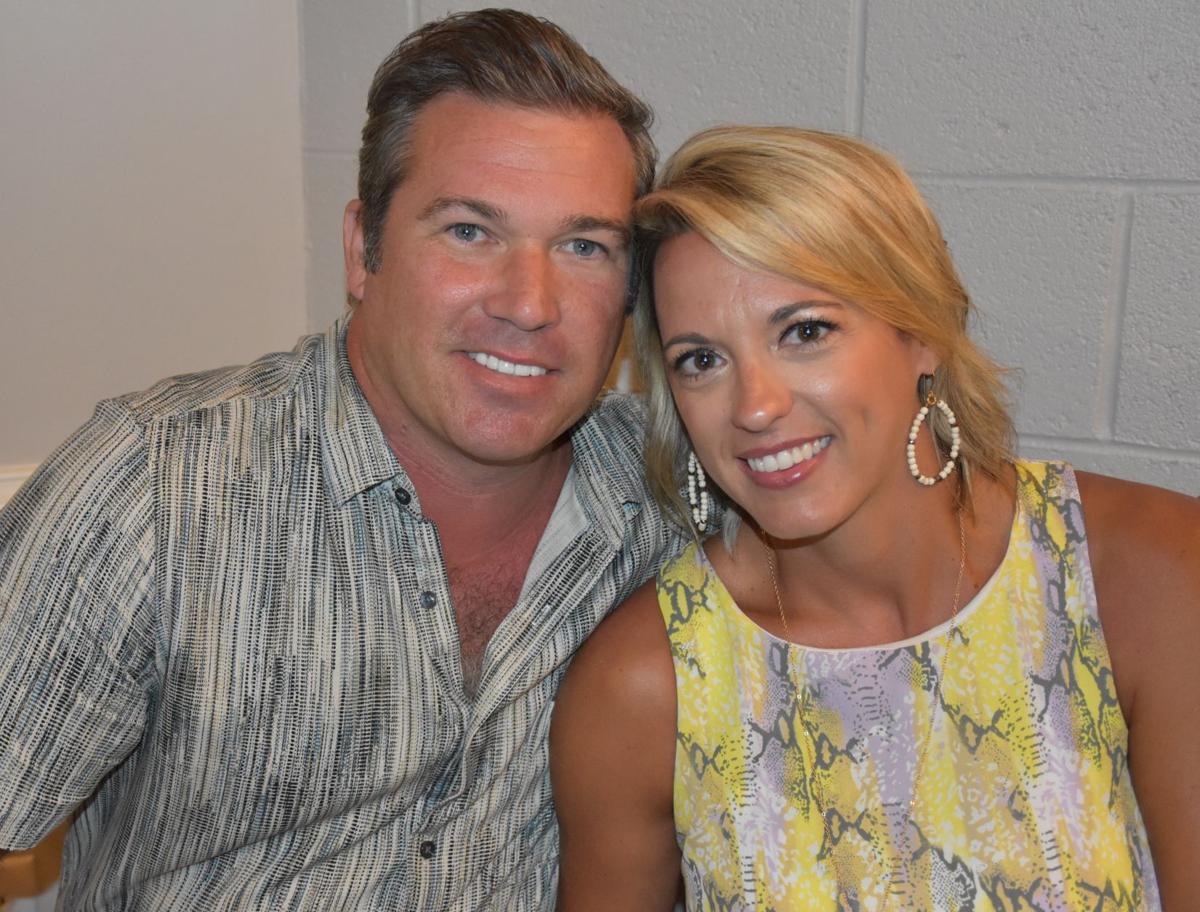 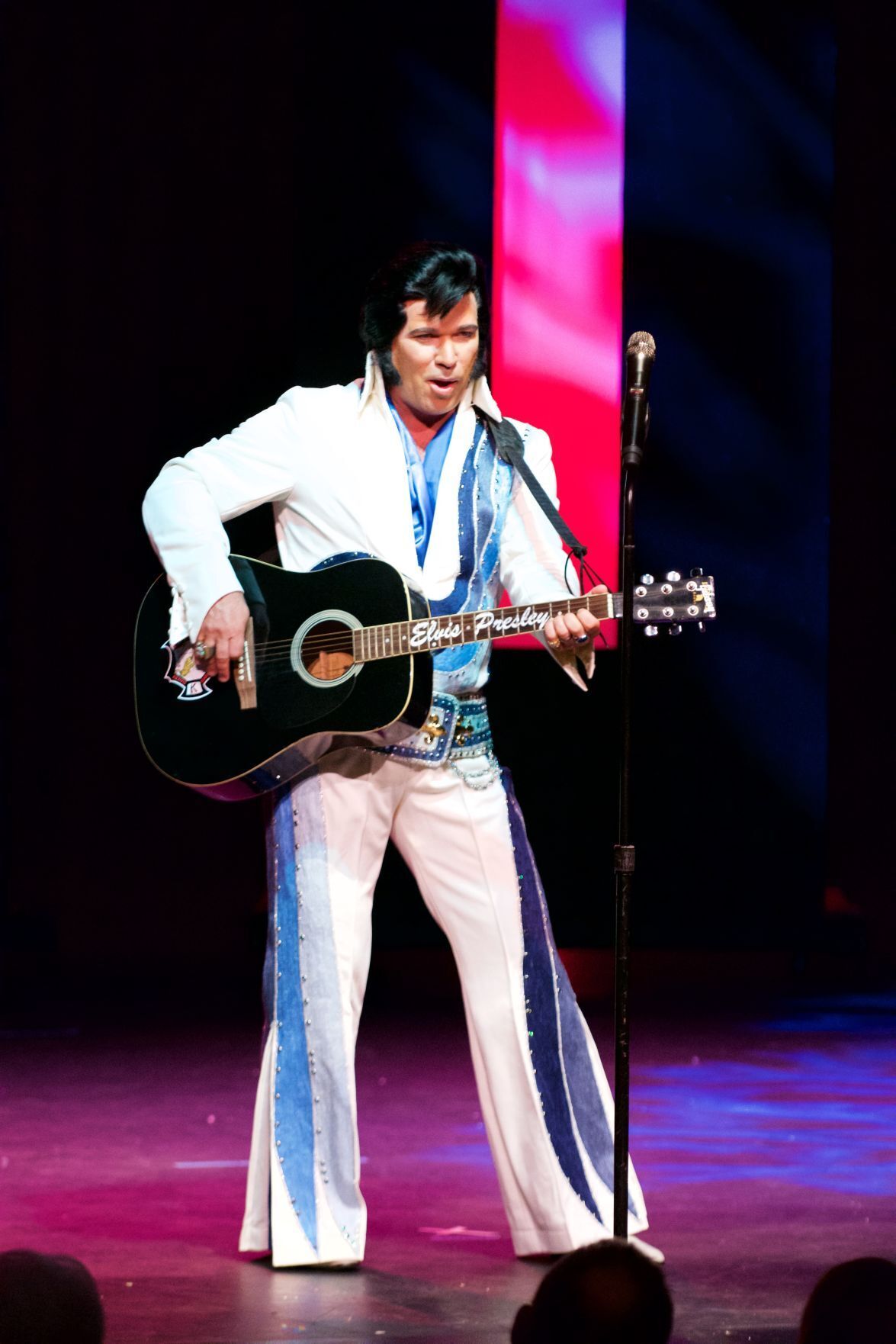 Jason Sikes is in action as Elvis Presley in this scene from 2018. The Graniteville native, now 43, is to return to the stage Aug. 7 for his first public show since that year. (Aiken Standard file photo)

Graniteville resident Jason Sikes is in action as Elvis Presley in this scene from 2018. He is to return to the stage August 7 for his first public show since that year. (Aiken Standard file photo)

Jason Sikes is in action as Elvis Presley in this scene from 2018. The Graniteville native, now 43, is to return to the stage Aug. 7 for his first public show since that year. (Aiken Standard file photo)

GRANITEVILLE — Spotlights and stages represent familiar territory for Jason Sikes, who has turned heads since 1998 as an Elvis impersonator. Aiken Community Theatre, however, will represent a welcome change of pace Aug. 7, as the scene of his first public performance since 2018.

Sikes, who earns his daily bread working for Dominion Energy around Aiken County and also reaching into Barnwell and Saluda counties, confirmed there are challenges involved in working as a "tribute artist" or "impersonator" (he's fine with the use of either term).

He was born a month after Presley died and now, at age 43, has lived longer than Presley did. Sikes and his wife, Christen, have five children.

"I used to do all the different outfit changes," Sikes recalled, "but ... when you get older, things change and things don't work as good as they did, so I kind of backed off doing those shows where I did all the outfit changes."

He still, however, does a full range of Presley songs, from the middle 1950s into the early 1970s.

Sikes' upcoming show is to have at least one high-profile guest: Diana Goodman, one of Presley's most prominent girlfriends, also known for her time as 1975's Miss Georgia USA (which led directly to her Presley acquaintance), an Atlanta Falcon cheerleader (1969-72) and a "Hee Haw Honey," appearing regularly on "Hee Haw," one of the longest-running TV shows in history.

The book was published in the same year that Sikes received a proclamation from the City of Aiken. On that occasion, Aiken City Council member Ed Girardeau, a Presley fan, presented it to Sikes during a concert in early August, reading, "Now, therefore, let it be resolved that on this fourth day of August 2018, that the City of Aiken congratulates and recognizes Jason Sikes for bringing joy and entertainment to our city for 20 years and looks forward to enjoying many more performances in the future."

Sikes, in a July interview, said "meeting new people" is a highlight of his performance experiences, "and throughout the years, I've been able to meet the inner circle of Elvis' musicians, family and best friends and things like that that I never would have met any other way – hearing their side on everything."

Staying in reasonably good shape is another challenge, he said. "It just gets harder to do. Of course, a lot of people don't care. They'll put on one of the jumpsuits and they don't care how gross they look in it."

He also noted that he tends to get more nervous about singing in front of a relatively small group. Aiken Community Theatre is a comfortable venue, in his assessment.

He also smiled at the idea of having Goodman as part of the presentation. "On shows like these, in the theaters, I try to bring in somebody that was related and had some kind of connection. We've been talking for a couple of years, and she finally decided to get out here in the field. She wrote a book and is staying pretty busy with it now."