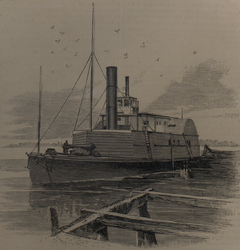 The gunboat CSS Planter, run out of Charleston by Robert Smalls in May 1862 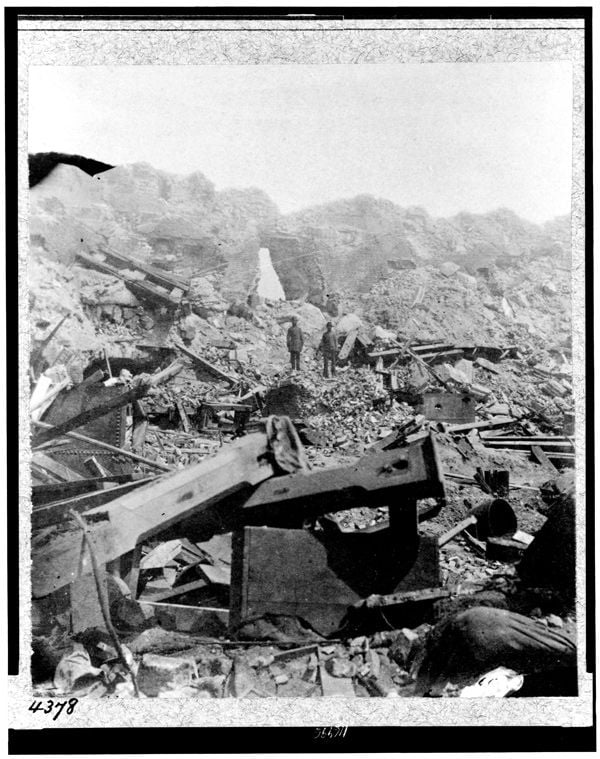 A Confederate photographer took this interior photo of Fort Sumter in 1864. The fort had been pounded into rubble by near-continuous shelling that year by Union batteries and gunships. Note the two soldiers in the center background of the photo. Library of Congress/Provided

Editor’s note: This is the 28th installment in a serialized history of Charleston to commemorate the city’s 350th anniversary.

The Planter sailed past Fort Sumter just after 4 a.m., its whistle blowing as the man on deck waved to the Confederate sentries.

The soldiers assumed the man was C.J. Relyea, the Planter’s captain. Even at a distance, they recognized his straw hat.

The ship often carried communications between downtown and Morris Island, sometimes at odd hours, so no one gave the unscheduled sailing any thought. But shortly after the Planter cleared Sumter, it should have turned toward Morris.

Instead, the ship sped up and headed out to sea. The Planter was slipping away — much like Charleston as the Civil War dragged into its second year.

Confederate brass wouldn’t realize until much later that they’d lost a boat and her crew. The man wearing the captain’s hat was Robert Smalls, a 23-year-old slave from Beaufort who’d been brought to Charleston a decade earlier.

Smalls had served as a deckhand and eventually pilot of the Planter. On May 13, 1862, he and a half-dozen other enslaved locals — along with their families — took advantage of Relyea’s absence and used the boat to escape Charleston ... and slavery.

That morning, Smalls steered for the nearest Union ship in the U.S. Navy’s offshore blockade. As he approached, the crew lowered the ship’s Confederate flag and raised a banner of surrender. The Union sailors cheered.

The scandal came at a horrible time for Charleston. Just a month earlier, sagging enthusiasm for the war had forced officials to pass a conscription law, and most men ages 18 to 45 dutifully showed up at Market Hall to enlist. The city also was running low on supplies — a result of the harbor blockade that had begun in the winter, not long after the fire that decimated the peninsula.

Smalls’ escape started a chain reaction that shaped the city for the remainder of the war. He told Union commanders how to elude Confederate defenses and sail into the Stono River, which led to the battle of Secessionville a month later.

The Union’s plan was to take Charleston by crossing James Island, but the Confederates there held them off. The city was spared for the time being, but dwindling supplies and cratering morale did nearly as much damage. It would be a long winter.

In the spring of 1863, blockade ships traded fire with Fort Sumter, a situation dangerous enough that Gen. P.G.T. Beauregard ordered women and children to evacuate the city. Most of the ones who hadn’t already fled took his advice. Charleston was quickly becoming a ghost town.

Three months later, Union forces took Morris Island and that sealed Charleston’s doom. On Aug. 22, 1863, the Union’s new battery on Morris Island fired 16 shells into the city, setting off a panic ... and the evacuation of the Charleston Hotel. Fort Sumter tried to defend the city, but Union forces soon blasted its high walls into so much rubble.

The bombardment of Charleston continued intermittently for more than a year and a half. Between the shelling, and the 1861 fire, Charleston was a skeletal shadow of its former self.

Late in 1863, Confederate President Jefferson Davis visited the city in an attempt to lift its spirits. Southern sailors and privateers helped by trying to sneak in supplies. A few of those privateers even fought.

One group eventually launched the first successful submarine attack in history, when the H.L. Hunley sank the USS Housatonic off Sullivan’s Island on Feb. 17, 1864. But the submarine never returned from its victory — it was lost, just as Charleston would be exactly one miserable year later.

In February 1865, Union Gen. William Tecumseh Sherman — the man who’d burned Atlanta — marched into South Carolina. Before it was clear whether he was headed to Charleston or Columbia, Beauregard ordered Confederate troops to evacuate the city. By then, most residents who had other options were already gone.

Feb. 17, 1865, was, historian Milby Burton later wrote, a night of “horror and chaos.” Retreating soldiers burned Charleston’s cotton and rice supplies to keep them out of Union hands, and batteries were detonated to deprive them of ammunition.

The next morning, when the Union blockaders realized the harbor defenses were unmanned, they sailed into Charleston. The first ship landed at the foot of Broad Street, and city alderman George Williams met them with a letter from Mayor Charles Macbeth.

Charleston had surrendered. Williams had only one request for the Union’s occupying forces: Would the sailors help put out the fires raging across the city?

There was no one else left to do it.