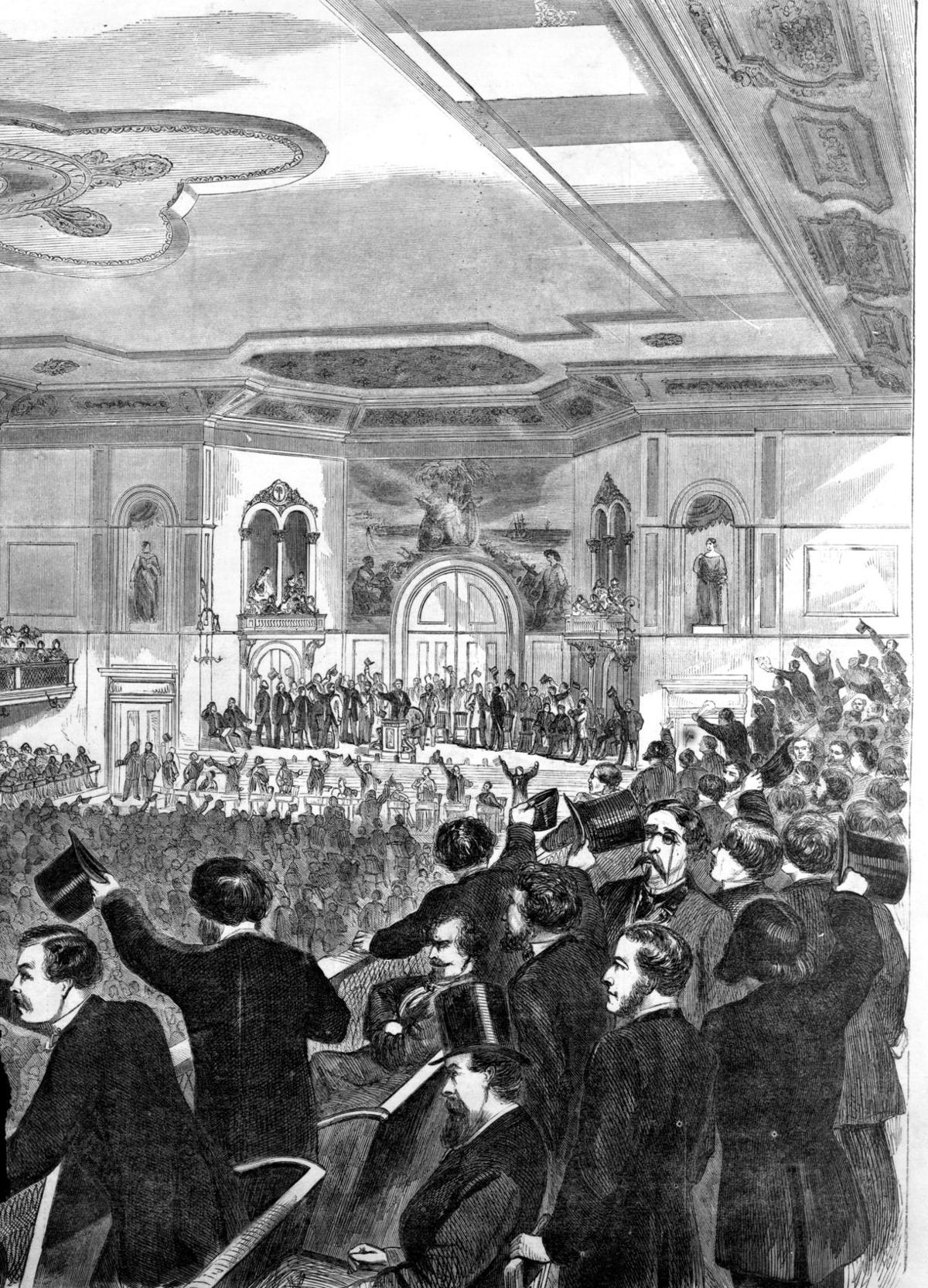 The Democratic convention in Charleston. Shown is the interior of the hall of the South Carolina Institute on Meeting Street. 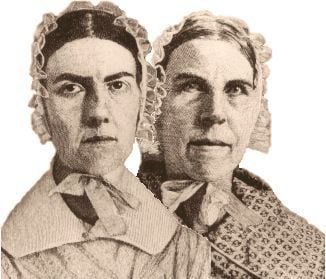 This image of Angelina Grimke (left) and her older sister, Sarah, was taken from individual woodcut portraits of the two pioneering abolitionists.

The Democratic convention in Charleston. Shown is the interior of the hall of the South Carolina Institute on Meeting Street.

This image of Angelina Grimke (left) and her older sister, Sarah, was taken from individual woodcut portraits of the two pioneering abolitionists.

Editor’s note: This is the 25th installment in a serialized history of Charleston to commemorate the city’s 350th anniversary.

In 1842, Gov. John P. Richardson urged the Legislature to create a South Carolina Military Academy and turn two of the state’s arsenals into centers of education.

The first opened on Citadel Green, near the Horn Works built to defend Charleston during the Revolution. There was already a campus in place. The Romanesque building, which resembled a castle or fortress, had stood for nearly a dozen years, first housing militias “for the protection of the City of Charleston and its vicinity.”

By the time the college opened, many locals welcomed the idea of nearby cadets in part because, in the years following the foiled Denmark Vesey plot, the threat of insurrection among the enslaved had only grown.

As Walter J. Fraser explains in “Charleston! Charleston!,” one local resident noted “The nature of our institutions of domestic slavery and its exposure of us to hostile machinations … render it doubly incumbent on us” to promote military spirit and science.

Hicks:Rumors of a slave revolt pits Charleston officials against the governor

Without question, these fears were fanned at least somewhat by the growing abolition movement — and Charleston was at the center of it. Debates over the expansion of slavery into new states overshadowed much of the business in Washington. And while many Southern politicians described the peculiar institution as a “necessary evil” for commerce, South Carolina Sen. John C. Calhoun had a decidedly different position.

“I take higher ground,” Calhoun said in one of his most famous Senate speeches. “I hold that in the present state of civilization … the relation now existing in the slave-holding States between the two [races], is, instead of an evil, a good — a positive good.”

That was not a monolithic view among South Carolinians. A year after Calhoun’s speech, Charleston native Angelina Grimke became the first woman to address a legislative body when she demanded the end of the slave trade in a speech to the Massachusetts Legislature.

Grimke and her older sister, Sarah, were Charleston expatriates and some of the country’s earliest and most influential advocates for women’s rights and the abolition of slavery. The Grimke sisters grew up in a wealthy and influential Charleston family, which once lived in the Heyward-Washington House.

Gifted a slave at an early age, Sarah violated the law and taught her "servant" to read. From the start, she was appalled by the treatment of African Americans and, as a young woman, moved to Philadelphia and became a Quaker. Angelina followed a short time later. When Angelina published her “Appeal to Southern Women,” asking those who could not vote to exert their influence on men to end slavery, Charleston residents publicly burned the pamphlet.

As Robert Rosen writes in “A Short History of Charleston,” by the 1850s many white Southerners considered themselves “prisoners in their own country, condemned by what they saw as a hysterical abolition movement.”

By then, Calhoun had died — his 1850 funeral procession through the streets of Charleston was one of the largest parades in the city’s history. But his ideas lived on, although they'd been altered beyond even his beliefs.

Robert Barnwell Rhett, a South Carolina politician from Beaufort, considered Calhoun his mentor. But Rhett soon became too extreme even for South Carolina’s most influential statesman. In his later years, Calhoun repudiated Rhett — because simple nullification was not enough for the “fire-eater.” He would be satisfied with nothing short of secession.

Soon, Rhett would hold great influence over Charleston. He bought the Mercury and installed his son, Robert Barnwell Rhett Jr., as its editor. At every opportunity, the Mercury argued that South Carolina must secede from the Union. Within a few years, Rhett had whipped Charleston into a secession frenzy.

That was evident when the 1860 Democratic National Convention convened at Institute Hall on Meeting Street. South Carolina delegates demanded a pro-slavery plank in the party platform, but Northern Democrats balked. In response, the delegates of seven states — South Carolina, Mississippi, Florida, Alabama, Georgia, Louisiana and Texas — walked out.

It would not be the last time those seven states formed an alliance led by South Carolina.

In 1860 Charleston, it became a mantra: If Lincoln wins, South Carolina must secede.

And they had done everything to ensure that’s exactly what would happen.