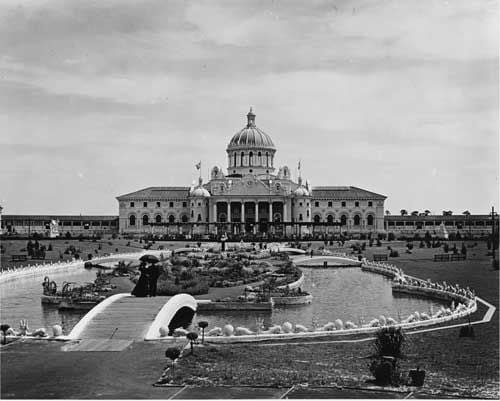 For the South Carolina Inter-State and West Indian Exposition in 1902, numerous buildings and the sunken lakes were created in Hampton Park. 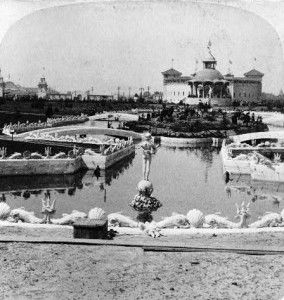 Grounds of the Expo

For the South Carolina Inter-State and West Indian Exposition in 1902, numerous buildings and the sunken lakes were created in Hampton Park.

Grounds of the Expo

Editor’s note: This is the 31st installment in a serialized history of Charleston to commemorate the city’s 350th anniversary.

After a quarter-century of despair and destruction, some of it self-inflicted, Charleston decided no more.

The tipping point, it seemed, was Ben Tillman.

By 1890, the city’s growth was stagnant, property values were in steep decline, and business at the port was sliding to a low it wouldn't hit until the beginning of the 20th century. Charleston’s glory days as one of the most important and vibrant cities in the country were just so many stories repeated in South of Broad parlors.

Tillman, an Upstate landowner, took up the cause of farmers in his 1890 bid for governor, and he cast the battle as Charleston versus everyone else. As newspaper editor William Watts Ball wrote in his book, “The State That Forgot,” Tillman made the city his boogeyman as he demagogued his way across South Carolina.

“Charleston’s influence had aroused envy and it was not hard to convert it into popular suspicion and wrath,” Ball wrote. “The political leaders of that day inflamed the people to look upon Charleston as the hatchery of their woes, imagined or real."

It was, Ball noted, “good talk for a populace blindly seeking a scapegoat.” And it worked.

After Tillman won, he had the state Legislature reapportion its own districts, taking four of Charleston County’s 12 seats and reshuffling them to Upstate counties. He pushed a Statehouse ally, John Ficken, to run for mayor. The victorious Mayor Ficken immediately hired a Tillman friend as police chief.

The governor had decimated Charleston politics, but he still couldn’t control the city. To appease the growing temperance movement, Tillman set up state-run liquor dispensaries to consolidate and control the sale of booze — and outlaw bars.

Charleston ignored the law, and its technically illegal bars, “blind tigers,” kept serving drinks. The cops would shut them down occasionally, and they’d reopen the next day.

In 1895, J. Adger Smyth won the mayoral election with the help of an emerging Broad Street coalition and promptly fired Tillman’s police chief. But Tillman’s gubernatorial successor put the city under state police control and reinstated the old chief. Checkmate.

Tillman’s key achievement in four years as governor had been rewriting the state constitution to strip all rights, voting and otherwise, from African Americans. Charleston, the most diverse city in the state, decidedly ignored some of Tillman’s Jim Crow laws — including one to segregate the city’s new electric trolleys.

Even the newspaper editorialized against the need for such separation. Charleston had serious — and myriad — racial problems, but it seemed everyone found common ground in their opposition to Tillman.

In the late 1890s, local grocer J.H. Averill suggested the city revive its economy with a world’s fair — a popular trend in those days. In a fit of civic spirit, Charleston put together the South Carolina Inter-State and West Indian Exposition. The six-month celebration would open on Dec. 2, 1901.

The city built a 250-acre fair on the site of the old Washington Race Course, its centerpiece a 320-foot domed Cotton Palace. Gardens and lakes filled the landscape between these buildings, which stood where Hampton Park and The Citadel campus are today.

The assemblage of buildings would be dubbed the “Ivory City,” for its off-white color and the way the buildings glowed at night with the help of electric lights.

The exposition was troubled from the start, and part of the problem was Tillman. In 1895, he’d been appointed one of South Carolina’s U.S. senators, and the Charleston antagonist had forgotten — or refused — to request federal funds to subsidize the fair (which other cities routinely got). As a result, the exposition was barely solvent.

On opening day, the festivities were scheduled to begin with an electric signal from President Theodore Roosevelt at the White House. But Charleston officials worried the president might back out. Months earlier, Tillman had stirred national outrage with a racist rant about Roosevelt inviting bestselling "Up From Slavery" author Booker T. Washington to dine at the White House. Washington was on the board of Charleston's exposition.

Tillman attended the White House ceremony for the exposition and bad-mouthed Charleston the entire time, but Roosevelt recognized the senator was the real problem. The president not only offered to request funds for the exposition from Congress, but also agreed to visit Charleston and shore up the fair’s sagging attendance.

Roosevelt arrived to great fanfare in April, just days after Mark Twain had stopped in to walk the grounds, cigar in hand, and give the fair some national publicity.

The exposition ultimately did little to drum up new trade deals for Charleston, and would never be a financial success. But the city had pulled it off ... and managed to renew a little civic pride. And Charleston had thwarted Tillman’s attempted sabotage.

Charleston and the senator would never reconcile, but Tillman had helped land the contract for a new Navy base near the city. Soon, that would improve the local economy immeasurably more than the Ivory City.