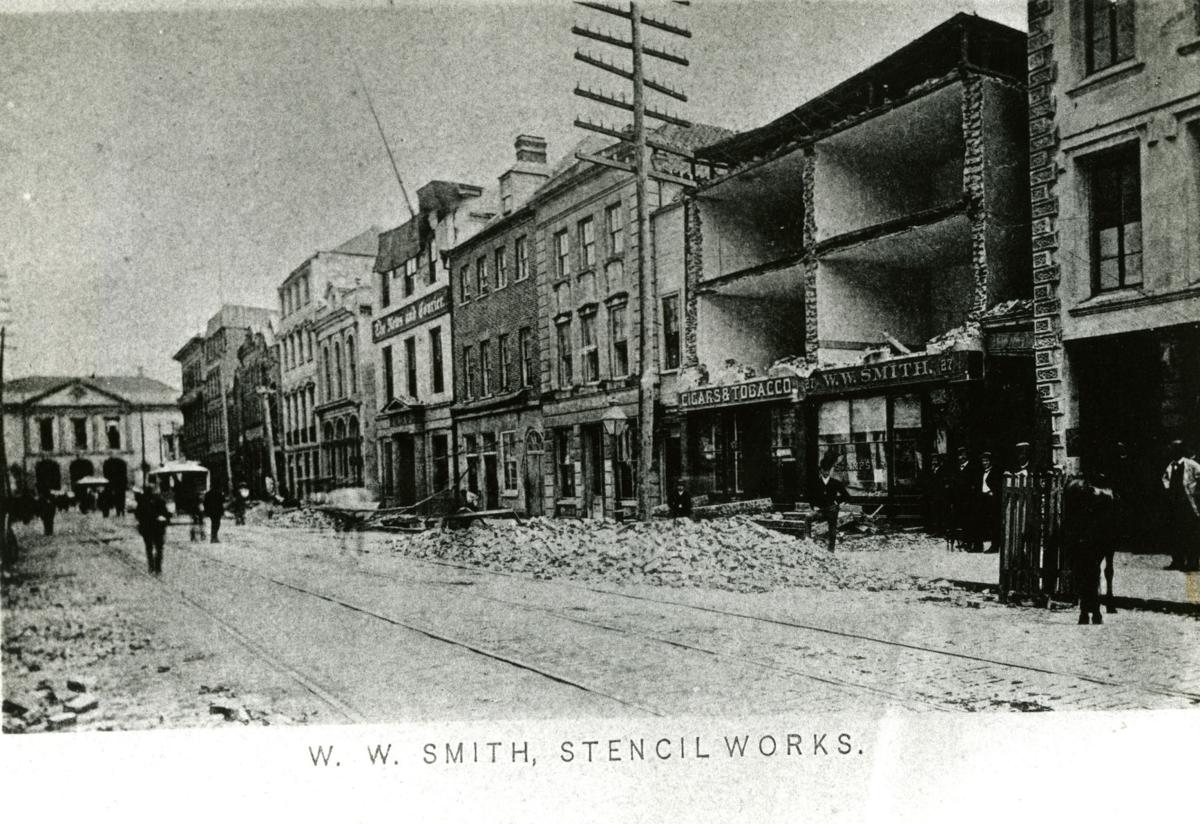 A view of the south side of Broad Street, looking east. The 1886 earthquake caused extensive damage. The old News and Courier building stood a short distance from East Bay Street. 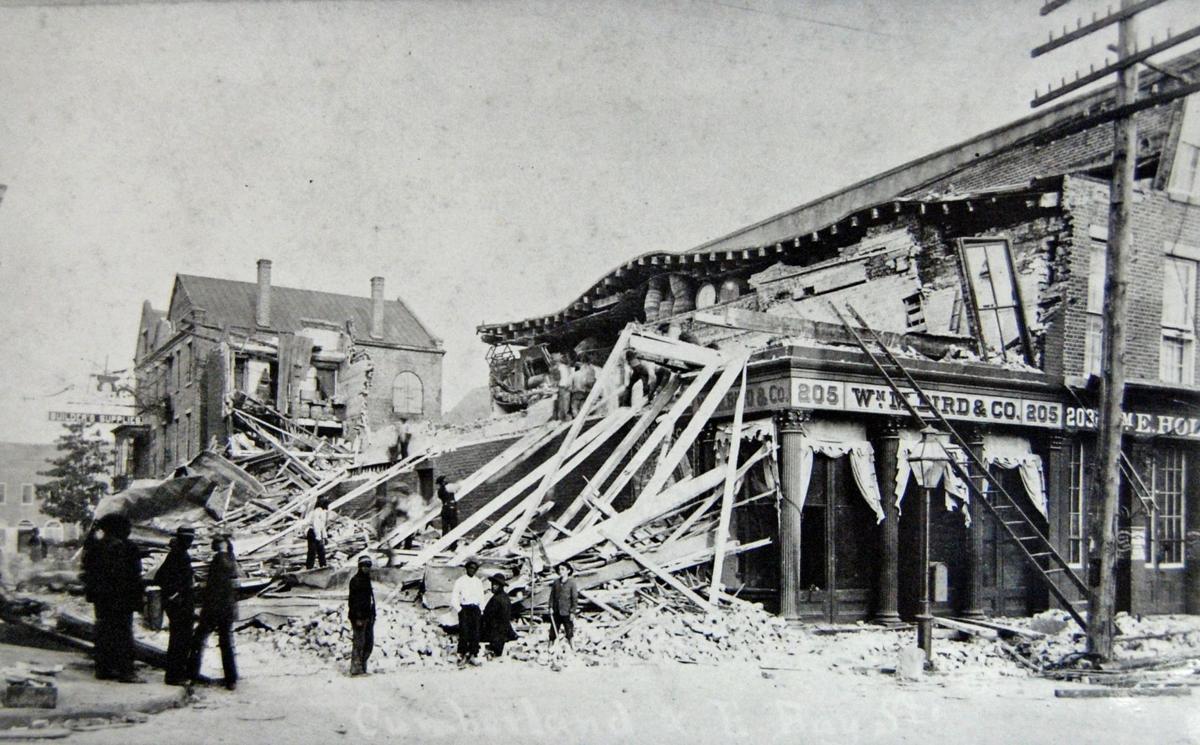 Cumberland and East Bay streets on Sept. 1, 1886, after “the Great Earthquake.”

A view of the south side of Broad Street, looking east. The 1886 earthquake caused extensive damage. The old News and Courier building stood a short distance from East Bay Street.

Cumberland and East Bay streets on Sept. 1, 1886, after “the Great Earthquake.”

Editor’s note: This is the 30th installment in a serialized history of Charleston to commemorate the city’s 350th anniversary.

William Ashmead Courtenay was elected Charleston’s 46th mayor in the fall of 1879, largely campaigning on promises to repair and modernize the city.

He had his work cut out for him.

With the 1880s looming, Charleston still hadn't remedied much of the damage inflicted on it by the war, and a serious fire had raged up King Street in 1876, eventually spreading to St. Philip’s. More than 100 of the city’s poorest families were left homeless.

Charleston’s finances remained in shambles, a result of Reconstruction-era corruption, and nearly 90% of the peninsula’s water supply was tainted by leaking privies. Diphtheria and scarlet fever epidemics claimed hundreds of local lives each year.

National leaders proclaimed Charleston one of the most disease-ridden cities in the country.

Courtenay vowed to improve the city’s drainage and water supply and pave more of its roads, many of which were still little more than dirt paths. But the key to his victory was the support of Broad Street bankers and, in particular, lawyers … whose influence would reign over Charleston for the next century.

There was some good news. In 1879, construction crews finally finished the grand Custom House on the city’s waterfront and began work on harbor jetties to improve port business. That particular project would help commerce, but the resulting erosion damage to Morris and Folly islands would not be realized for decades.

The local economy rebounded somewhat, earning Courtenay a second term. But as much as Charleston tried to dig out of despair and destruction, nature would not allow it.

In August 1885, a hurricane that modern scientists would classify as a strong Category 3 storm hit the city, flooding White Point Garden and dumping 6 feet of water into some homes along The Battery.

Most houses in Charleston suffered some damage, a full quarter of them losing their roofs. It was devastating for the city’s plodding and tenuous recovery, but an even worse disaster hit six days after the storm’s anniversary.

On Tuesday, Aug. 31, 1886 — as Walter J. Fraser Jr. describes in “Charleston! Charleston!” — the ground shook, and a great roar echoed across the peninsula shortly after 9 p.m. Resident Ellen Hurd later described it as “the bellowing of … wild animals, the grinding of immense rocks.” The Charleston Earthquake of 1886 had begun.

The first wave of the quake was bad enough, but the second shock was worse. People ran from their homes as buildings collapsed across the city. Telegraph lines and trees fell into the streets, and the dust caused by falling buildings made it nearly impossible for people to see. When the dust settled the next morning, no one was sure they wanted to.

The earthquake had destroyed or damaged more than 2,000 homes and businesses — the damage estimated at $6 million in an era when the city’s total value was $24 million. Nearly 30 people were found dead in the initial cleanup, when more than 100 structures had to be razed. The quake eventually claimed nearly 100 casualties.

So many people were left homeless by the earthquake that, for a while, Charleston virtually became a city of tents. More than 20 years following the end of the war, conditions had somehow managed to grow worse. It was as if the city's punishment for leading the country into war would never end.

The cleanup was still underway as Courtenay’s second and final term came to an end. He went back into newspaper publishing, and his primary competition was the popular editor of the Charleston News and Courier, Frank Dawson.

Dawson wouldn’t live to see Tillman elected governor. In March 1889, he confronted a local doctor he believed had seduced his family’s governess. The two men argued in the street, Dawson eventually raising his cane to strike the doctor.

The doctor shot Dawson and turned himself in. There were contradictions in the story, but a jury acquitted the doctor. Local politics played a role in the verdict, but Charleston may have believed doctors were too valuable to lock one up.

The way things were going, it seemed the city would need all the medical help it could get.